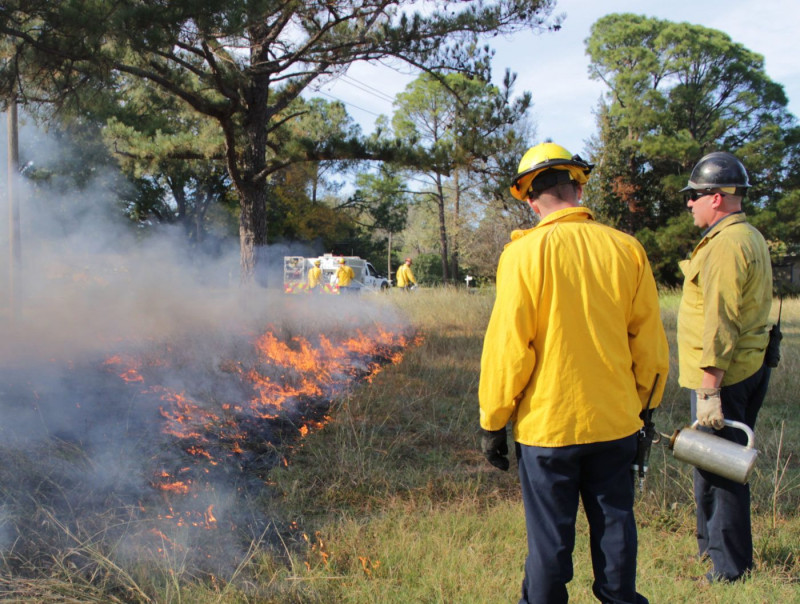 Today, July 31st, 2021, Captain Brandon “Woody” Woodward is retiring from the Lewisville Fire Department. With this retirement, we lose 30 years of experience from a gentleman with a wealth of knowledge.

The man known as Woody, and the name he prefers, is not only well known in the state of Texas but across the country. You see, Woody has not only dedicated his life to serving and protecting the City of Lewisville, he simultaneously has become a fixture in the Wildland Fire Fighting world. Woody has traveled the country protecting life, property, and the environment from wildfires, but has trained and mentored many while doing it.

Woody has helped develop the TIFMAS (Texas Intrastate Fire Mutual Aid System) which is maintained by Texas A&M Forest Service. “The program includes grants, training and qualifications and mobilization systems to make statewide use of local resources. The program was first used during Hurricane Ike, and has since been used in response such as to the Presidio flooding, wildfire outbreaks across Texas and Hurricane Alex & Harvey." Source TIFMAS Website.

Woody also is one of the “founding fathers” of the Elm Fork Fire Module. They are an elite team of sawyers, who are deployed for their felling skills and expertise. He is also known as the go-to instructor for the S-212 class, Wildland Fire Chainsaws. He has also been featured in videos and articles when it comes to using chainsaws for wildland fire fighting.

Woody will be deeply missed by everyone, and we mean everyone. He has mentored many people both in the Lewisville Fire Department and many others around Texas, and the United States. Woody’s calm and intent leadership will be missed on the fire ground, and in the firehouse. Family time and sitting around the kitchen table will never be the same, as we will miss your knowledge and wisdom.

Woody, we wish you the best of luck in your future endeavors. Whether it’s running cows or hiking the fireline, remember that your brothers and sisters in Lewisville will always have a spot at the kitchen table for you.